The Distinguished Service Award for 2019 has been given to Dr. Leena Löfstedt for her generous and selfless devotion to the association. Leena is a distinguished scholar of Romance philology and an Associate of the Center for Medieval and Renaissance Studies.

She joined the Association after her husband, Prof. Bengt Löfstedt's Classics Department passing in 2004. Leena became an active member and contributed whenever called upon to help. She has been the most loyal volunteer in mailings as well as hospitality work – in short the volunteer activities that make this organization work.

The Distinguished Service Award for 2016 was given to Jean Aroeste, Toshi Ashikaga, and Allan Childs..

Jean Aroeste ’s connection with UCLA dates back to her days of earning her Master’s in Arts degree in English at UCLA. After graduating, she became a reference librarian at UCLA in 1962. She joined the UCLA Emeriti Association (EA) in 1998 following her retirement. She has since served the EA in a number of roles such as recording secretary of the EA Board and a member of an ad-hoc committee involved in the development of the Belmont Village Westwood retirement facility. In 2007 she assumed the position of editor of the EA newsletter, and has served in this capacity until the present time. It is a testament to her skill, imagination and inspiration that the newsletter is viewed as a most important part of the EA by its members near and far. The EA is very pleased to recognize Jean’s service by the presentation of this Distinguished Service Award.

Toshi Ashikaga is the surviving spouse of Professor Emeritus Ensho Ashikaga of East Asian Languages and Cultures. Toshi has served the EA as the chair of the Book Exchange Committee from 2009 until the present time. In this position she records new books received and re-shelves those that are returned on a weekly basis. Annually, Toshi and several other volunteers cull books that are not in heavy use (usually 200 or more books) in order to make room for others.

Her EA service also includes that of being in charge of floral decorations for the Annual Sylvia Winstein Emeriti Arts and Crafts Exhibit since the mid 1990’s. She has contributed her creativity, artistic sense and dedication to the EA for a great many years. We are pleased to honor Toshi with the Emeriti Association Distinguished Service Award at this time.

Allan Childs is an active participant on the EA Board. He is the dedicated “other half” in partnership with Diane Childs who has been the EA Board Corresponding Secretary for many years and is now taking on added responsibilities as the new newsletter chair. Diane’s acceptance of these EA positions is made possible only through Allan’s unwavering support and encouragement. He makes sure she is thoroughly prepared with her presentations for the monthly EA board meetings and drives her to and from all EA meetings and other EA functions. A little known fact is that Allan visits his 95 year-old mother every day, bringing food and encouragement. The EA would like to recognize this unsung hero with the Distinguished Service Award. 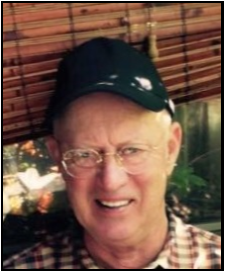 Lifetime Distinguished Service Awards have been given to